Those Voices in Your Head: The Fear of Failure 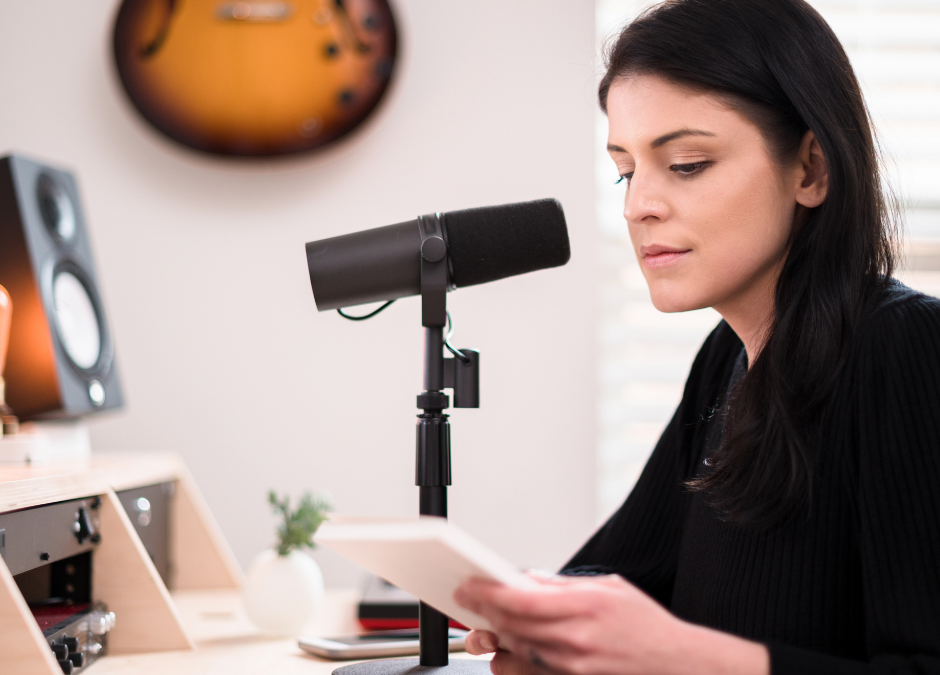 So, you want to start your own podcast, but every time you think about it those little voices in your head
join in a deafening symphony of “SERIOUSLY? WHO WOULD EVER WANT TO LISTEN TO YOU????”

Know that you are not alone.

Fear of failure is not only common but pervasive, rearing its pesky head whenever we entertain cutting a
different path for ourselves, trying a new adventure, or dipping a toe out of our comfort zone.
And while that doesn’t mean you should listen to those voices …you might want to figure out where
they come from.

There is no such thing as Fearlessness

Let us be perfectly clear: fearlessness is a fallacy. It simply does not exist. In the first place, without fear
we would not have survived as a species (think lion and tiger buffet). Fear is a natural, organic, human
emotion that we all face from time to time, one that is impossible (and unwise) to completely eradicate.
It alerts us to immediate threats and tells us to get out of harm’s way—before our logical brains even
have a chance to think about it (imagine if you stopped to weigh options as a car careened in your
direction).

But that knee-jerk, fight-or-flight fear response isn’t the only one we have.

As humans have evolved, so has our relationship with fear. While we rarely face tigers, we experience a
host of other uncomfortable feelings, worries, concerns and anxieties, nagging ruminations that live
under our skin and bubble up regularly. The fear of failure is among those, triggered when we
contemplate branching out into a new chapter of life, a new relationship, applying for a job, eating
sushi, or… starting a podcast.

But the fear of failure, like most fear-based thoughts, is a function of how you approach the broader
notion of fear. And that is determined by your unique life experience.

We each cultivate our own unique relationship with fear over our lifetimes based on first family
dynamics and our special cocktail of life experiences, events, and relationships.

For example, while some of us may cringe at the idea of singing in front of people, it’s a breeze for
others—maybe because they grew up singing in front of family members. But those same people may
completely freeze at the thought of entering the grocery store because of a traumatic experience they
endured as a child. So, while fear means different things to each of us, it represents a treasure trove of
information that can help us better understand what makes us tick…and what needs attention.

That means that those deeply rooted, fear-based thought patterns that whisper you can’t, you’re not
good enough, you’re going to blow it are precisely the thoughts that warrant further exploration. Once
you can shine a light on them, understand, and accept them, you can reframe them.

Unlike feelings, thoughts are choices we make. And we can choose differently, in ways that serve us
better.

This is not my idea.

Neuroscientists call it neuroplasticity—the capacity of the brain’s neurons and neural networks to
change its connections in response to new information.

Put another way, we can shift our brain’s circuitry by learning new skills, having new experiences, even
by thinking about things differently.

Failure as a Bridge to Success
Like fear, failure means different things to different people. For some it may be attached to losing
money, while for others it may mean public humiliation or rejection. But regardless of how you define
failure, you have the power to redefine it by changing your thought patterns around it.

They are not alone. A 2018 Ernst & Young survey of 1,400 Gen Zers revealed that 80% believe failure at
work can boost innovation. And a recent study conducted by Northwestern University’s Kellogg School
of Management showed that early career failures led to greater successes later.

I am not suggesting that this is an easy process. Learning any new skill takes time, commitment, and
practice. But like riding a bike, learning a new language, or eating yellow tail …it starts with changing
your inner dialogue and leaning into the things that make you uncomfortable. Because that’s where big
change can happen.

What do you say? Maybe it’s time to get busy failing.

This article was originally published in Women Who Podcast Magazine.