How I Finally Learned to Love my Body (After 30 Years with an Eating Disorder). 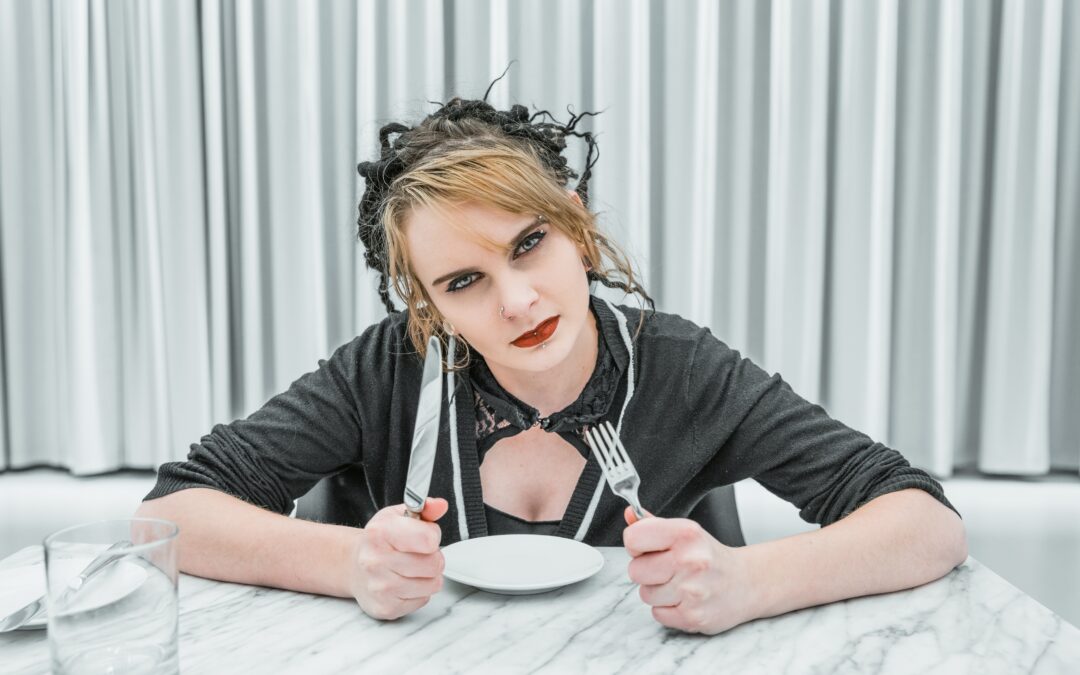 The moment I first started hating my body is still a splinter in my memory.

I was 15-years-old. My mother mentioned that I had put on weight, patting her own stomach to signal where. She explained that she meant to help—that she wanted the best for me.

Humiliated and ashamed, I crossed over from being connected to my body to being at war with it. For the first time in my life, I dreaded being hungry and hated being full. I avoided eating for as long as I could and took to secretly snacking. I recorded every morsel consumed on a small notepad along with its calorie count and a daily subtotal (that I capped, arbitrarily, at 1,200). I took up running, which felt good at first but then only spiked the hunger. Naturally, I responded by running more and restricting more—a losing proposition.

No matter what I did, I couldn’t get skinny enough.

Sad, moody, and ashamed most of the time, I fought a daily battle to become waif-like by resisting the urge to eat. Once in college, under the stress of self-imposed, lofty academic standards and the inherent challenges of new romantic relationships, I strove to eat nearly nothing. When, inevitably, it became too difficult, I surrendered to eating everything in sight; an activity I didn’t know was called binging, or that other people even did it.

Looking for a change of scenery after my freshman year, I enrolled in a semester abroad in Italy. I starved myself to a measly 109 pounds as departure day approached. I was missing menstrual periods and felt tired and weak. My clothes were too big, so my proud mom bought me new ones.

Once in Italy, my fear of gaining weight and food restricting surged. I ran miles every day, sustaining myself on apples and espresso while ignoring my rumbling belly, too distracted and anxious to embrace the culturally rich experiences at my fingertips.

After a few months the pendulum naturally swung like a wrecking ball to the other extreme, my expanding waistline triggered intense dread of my mother’s reaction when she saw me—a fear confirmed when she greeted me with a strained smile at the airport.

Once home and alone with her, I wept while sharing my deep humiliation. She responded, “You did this to yourself.”

So, I set about to undo it. Only to end up doing it again in varying degrees. Rinse and repeat. I went through countless periods of restricting, compulsive exercise, and subsequent overeating. It was a way of life, and the three sizes of clothes in my closet were evidence of that. I accepted it as “Who I was” and “How I was meant to live.”

Then I began a career in finance, got married, and became a mother. But I was always hiding the internal chaos and greeting each new phase hoping that my secret struggle would evaporate as my brain engaged in other, more important things.

My eating disorder reminded me that it, too, was important—it wasn’t going anywhere.

It reminded me when intimacy became a struggle as I strove to dissociate from the body that had caused so much suffering.

It reminded me when I dreaded leaving the house for fear that someone would notice I had gained weight.

It reminded me when my daughter’s classmate once described me as anorexic.

It reminded me every single time I surrendered to hunger only to feel the shame and guilt of fullness.

When diagnosed with bipolar disorder in my early 40s, I viewed the news as a potential missing link that might crack the code once and for all. If I could manage the mental illness, I convinced myself, the rest would work itself out. My wild mood swings must have been the culprit for the disordered eating. A rising tide of mental health would lift all boats.

But when the first cocktail of medications triggered a period of severe mania and a string of destructive and dangerous behaviors, I faced the reality that my boat was taking on water in a big way.

It took some time to find the right mix of mood-stabilizing meds and a therapist who could help. But there was liberation in finally speaking openly and in detail about how I lived for decades. Slowly, I started the work of accepting myself—a tall order given my history of toxic inner dialogue—which led to cultivating new inner connections that transcended the physical.

I began to understand how the seeds of my disordered habits grew, and how little they had to do with food or weight. I learned to release blame for hurtful comments of the past and take responsibility for my feelings, reactions, and behaviors. The comments may have been misplaced and clumsily delivered, but I finally understood that they were landing on soil that was already fertile with insecurity and self-doubt.

The work was grueling and took time, patience, and practice. There were many days when I thought I would never feel better. But today, 40 years later, I am on the other side of the misery.

I have removed the veil of shame and stepped back into my body. Food is fun again and has assumed its rightful role as fuel for this physical machine that takes up its own singular space. A space in which I am worthy and accepting of myself exactly as I am in this moment.

Most importantly, I feel reconnected to my mind, heart, soul, and spirit, all parts far more interesting than my jeans size or a number on the scale.

While there are moments when I lament the years spent suffering, I have come to accept them as a part of my unique story.

A story that I continue to write with gratitude and good health (and a full belly).

This article was published in Elephant Journal on July 23, 2020.

Any cookies that may not be particularly necessary for the website to function and is used specifically to collect user personal data via analytics, ads, other embedded contents are termed as non-necessary cookies. It is mandatory to procure user consent prior to running these cookies on your website.

Ready to dig in?

Take a short survey to find out more about your fear and get my non-salesy encouragement and insight.

The Find Your Fear Resources here, based on my research and experience, get you on your way.