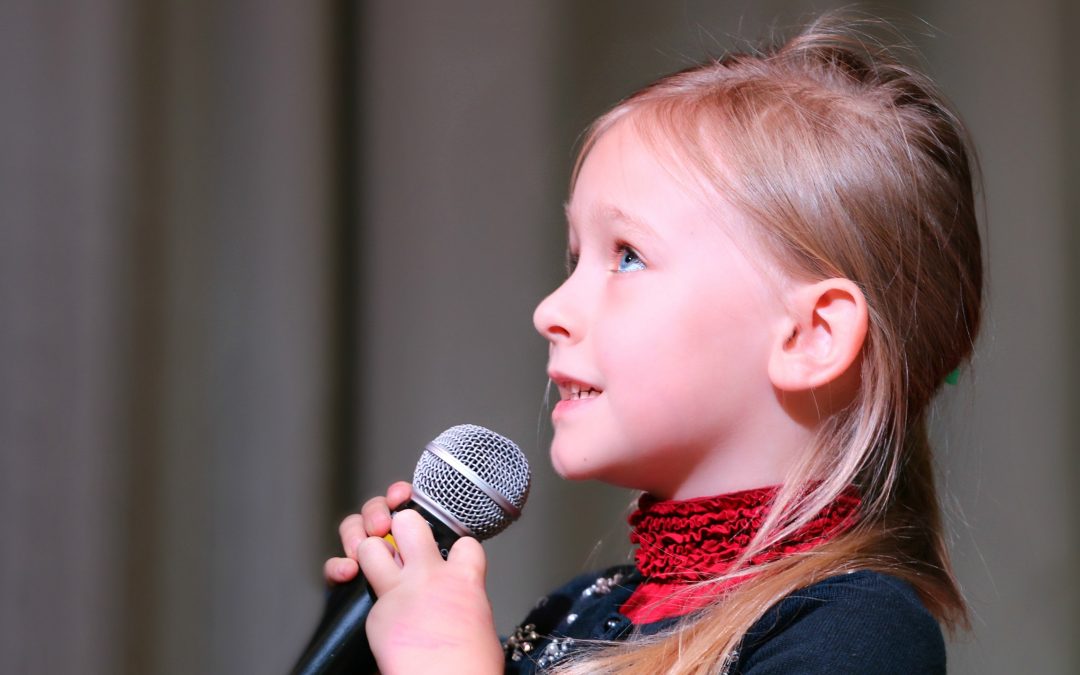 When I turned forty, I was married with two young children, leaning wholeheartedly into the role of caring for my family. I lived in a lovely home in an affluent neighborhood in Connecticut, grateful that I could stay at home with my son and daughter. But as I approached that milestone birthday, I realized that all the distractions in the world wouldn’t tame the regrets that had taken root and thrived in the recesses of my consciousness.

For me, those seeds sprouted from song.

I had wanted to be a singer since I was five years old, and saw Julie Andrews’ performance in The Sound of Music. The song “I Have Confidence” set my heart racing, probably because I had very little. Otherwise, I might have leaped from my seat and run through the aisles, bellowing…

Oh I must stop these doubts, all these worries

If I don’t I just know I’ll turn back

I must dream of the things I am seeking

I am seeking the courage I lack…

Instead, I spent long periods gazing at photos on the album insert, and lip syncing the songs in the privacy of my bedroom or bathroom. As I got older, I staged full-blown performances the moment the house was empty, my living room morphing into a packed house of fans hearing me belt out tunes ranging from Barbra Streisand’s “I’m the Greatest Star” to Joni Mitchell’s “Blue,” and, in later years, “Hit Me With Your Best Shot” by Pat Benatar. The front bay window pulsed. I soared in song, unstoppable… in my mind, at least.

My sister somehow convinced me to audition for our high school’s production of Pippin — maybe she spied on my private shows or read my diary. She said she would accompany me on piano, she would be right there, she had it all figured out. And I wanted to believe it would all go smoothly, so I acquiesced. But on the day of the audition, when no sound emerged from my tightened throat and I crumbled into tears on stage, the seeds of regret found a fecund home in my subconscious and took hold.

So much for confidence.

The sting of the audition became an increasingly bitter taste in my mouth as the years wore on and mid-life approached. And while I was still afraid of singing, leaving this life with that remorse became an even scarier proposition.

I was reminded of a quote by Mark Twain: “Do the thing you fear most, and the death of fear is certain.”

What I wasn’t sure about were next steps, short of bursting into song at the nearest mall. Since that was a bridge too far, I went where most searches began in the year 2000… the yellow pages, where I found a voice teacher who encouraged me step into my fear, who led me to find my voice and take chances. It was a simple step, but not a small one.

Those few months of voice lessons gave me the confidence I needed to knock on other doors, something I’ve been doing for nearly two decades of singing in bands, playing guitar, writing songs, recording, stretching my creative muscle, and crossing musical thresholds. It has changed my life in ways I’ve never imagined, and bolstered me through many a rocky patch. I’d also like to think it helped cultivate my children’s seemingly fearless embrace and love of creative pursuits.

Most importantly, that birthday led me to weed a crucial patch of my soul’s garden, one that continues to bear the sweetest fruit.

This article was first published in Thrive Global on June 16, 2019.